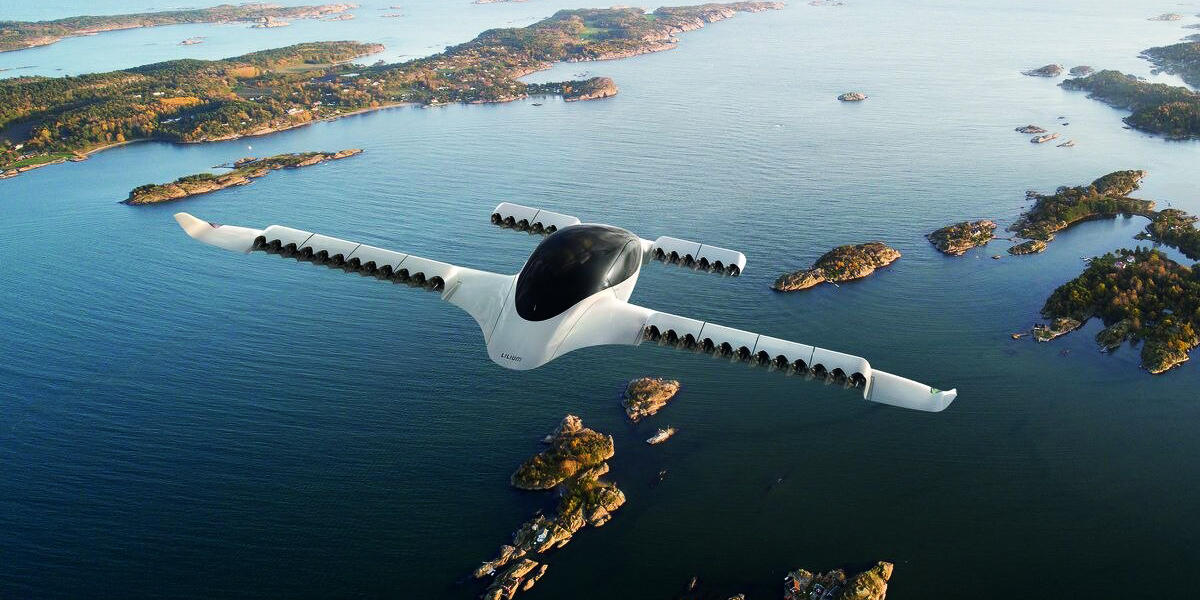 German start-up Lilium just got a step closer to making flying cars a reality.
German aviation start-up Lilium is showing off footage of its electric air taxi soaring through the air at speeds of up to 100 kilometers per hour (62 miles per hour). The company on Tuesday announced the completion of the first phase of testing on its five-seater flying car, the Lilium Jet, a development that inches the firm closer to its aim of launching commercial flights by 2025. Back in May, when Lilium first unveiled the aircraft taking off vertically, hovering for a short while and landing again, the team behind it was “in tears,” “There have been hundreds of tests already that have happened” since then, Gerber said in an interview. “It already started becoming a bit like normality to see it fly, but we’re super excited to show that to the world.”

Lilium’s jet, which is piloted remotely from the ground, has two parallel wings fitted with a total of 36 electric engines that face downward on takeoff and then tilt back for horizontal flight. It doesn’t come with a tail, rudder, propellers or gearbox. The firm also uses software for researchers to predict how the jet will perform once it’s airborne.
It plans to eventually release a consumer-facing app that lets users hail the jet-like they would a taxi on Uber. As for how much rides will cost the firm has said it plans to take New Yorkers from Manhattan to JFK Airport within six minutes for about $70.
Another long-term aim for the company is to complete a 300-kilometer — or 186-mile — a journey in an hour. But it’s still a long way off that goal, and the bigger challenges for the company will be how it manages to scale up production of the passenger drones and acquire regulatory approvals to fly over major cities.

Lilium’s electric air taxi, the Lilium Jet, is seen preparing to land after taking flight in new footage by firm.

To address the production issue, Lilium has opened a new 3,000-square meter factory by its Munich headquarters, and plans to build a new facility on the same site. That will help the firm build “hundreds” of jets a year by the time its air taxi service launches, Gerber said. It also recently hired a former Airbus executive, Yves Yemsi, to oversee the Lilium Jet aircraft program. A recent TechCrunch report said Lilium was in talks with investors to raise between $400 million and $500 million. Gerber declined to comment on the report, adding Lilium is “very well capitalized” at the moment but will “eventually” seek another funding round. The company has so far raised about $100 million to date from backers including China’s Tencent and the London-based venture capital firm Atomico. Various companies have been showing off new air taxi concepts, with Uber, Boeing, Airbus, German start-up Volocopter and Chinese firm Ehang all vying to launch passenger drones. Volocopter on Monday showed off an air taxi terminal in Singapore which it built with London-based Skyports

Florida is building a place to park them. The New York Times reports that the city of Orlando and a German aviation company unveiled plans to build a 56,000-square-foot hub for flying cars — the first in the United States.